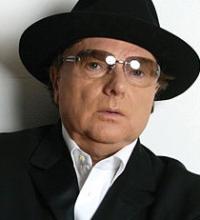 George Ivan Morrison
Born in Belfast, Van Morrison’s father was an avid collector of American blues and jazz records. Morrison grew up listening to AMERICAN music like Leadbelly, Howlin’ Wolf, Sonny Boy Williamson, Muddy Waters, Sonny Terry and Brownie McGee, John Lee Hooker, Mahalia Jackson, and Lightnin’ Hopkins.
He grew up surrounded by every kind of American musical influence.
From the age of 13, he was adept at playing guitar, sax and harmonica and played with a series of local showbands along with Skiffle and Rock ’n’ Roll groups, and Brian Rossi at the Plaza Ballroom. His early love of music, for the music, has certainly paid off.
Morrison’s music continues to have that authentic American Blues, Jazz and melodic Folk sound that he loved and listened to in his childhood, long before those early showbands and well before his initial 1964/5 hit records with his band called THEM.
It’s a little recognized yet open secret that VAN MORRISON was, in fact, the band THEM.

In recognition of his unique position as one of the most important songwriters of the past century, Van Morrison was inducted into the Songwriters Hall of Fame by the late great RAY CHARLES at an awards ceremony in New York City in June 2003.
Additionally, he was honored, in 2007, for his musical contribution to films.
Presented by Al Pacino, this award highlights the depth and breadth of his compositions, as used by some of the most notable directors in the Motion Picture Industry today.
2008 sees the release of KEEP IT SIMPLE, Van Morrison’s 35th album. It is his first album of new material since 2005, and the first in several years in which he COMPOSED all 11 songs specifically for one album.
On KEEP IT SIMPLE, MORRISON wears all the ˝hats˝ as COMPOSER, ARRANGER, LYRICIST and proves himself once again an astute and accomplished PRODUCER, artfully choosing in this recording to keep all the vocals and instruments on this album in their organic form/ first takes.
On Keep It Simple, Morrison honors all those varied influences - Ulster-Scots Celtic, Jazz, Folk, Blues, Country, Soul and Gospel - and an added surprise of a mighty Ukulele -most times melding them all together at once creating his unmistakable signature sound.
In some of these songs Morrison addresses the propaganda of the myth perpetrating rock music world.
There is a definite theme that recurs throughout the album, especially in the title track.

This record does not boast the big horns of some of Morrison’s previous work.
But, don’t let the title fool you. Keep it SIMPLE is EVERYTHING but SIMPLE - it is a Multi-faceted record filled with mystical layers of sound -start to finish -with Songs from the Soul and gorgeous melodies, rich with emotion, depth and beauty. -truly a record that has something for everyone.
VAN MORRISON has journeyed far and wide since his early days in Belfast, but has invariably come back to the philosophy summed up in the title of this extraordinary new record.
As Keep It Simple is released, keeping true to the music, and arguably the new Hardest Working man in Showbusiness, Morrison consistently continues a busy schedule of concerts playing to packed theatres across Europe, Canada and the United States. 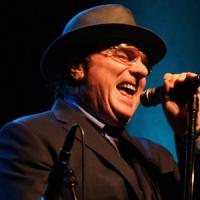 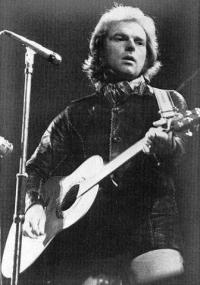 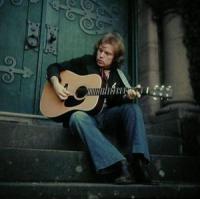 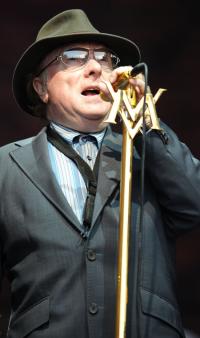