Joaquín Rodrigo Vidre, 1st Marquis of the Gardens of Aranjuez (November 22, 1901 – July 6, 1999), commonly known as Joaquín Rodrigo, was a composer of classical music and a virtuoso pianist.
Despite being nearly blind from an early age, he achieved great success.
Rodrigo’s music counts among some of the most popular of the 20th century, particularly his Concierto de Aranjuez, considered one of the pinnacles of the Spanish music and guitar concerto repertoire.
He was born in Sagunto, Valencia, and almost completely lost his sight at the age of three after contracting diphtheria.
He began to study solfege, piano and violin at the age of eight; harmony and composition from the age of sixteen.
Although distinguished by having raised the Spanish guitar to dignity as a universal concert instrument and best known for his guitar music, he never mastered the instrument himself.
He wrote his compositions in braille, which was transcribed for publication.
Rodrigo studied music under Francisco Antich in Valencia and under Paul Dukas at the École Normale de Musique in Paris.
After briefly returning to Spain, he went to Paris again to study musicology, first under Maurice Emmanuel and then under André Pirro.
His first published compositions date from 1940. In 1943 he received Spain’s National Prize for Orchestra for Cinco piezas infantiles (˝Five Children’s Pieces˝), based on his earlier composition of the same piece for two pianos, premiered by Ricardo Vines.
From 1947 Rodrigo was a professor of music history, holding the Manuel de Falla Chair of Music in the Faculty of Philosophy and Letters, at Complutense University of Madrid.
His most famous work, Concierto de Aranjuez, was composed in 1939 in Paris, and in later life he and his wife declared that it was written as a response to the miscarriage of their first child.[
It is a concerto for guitar and orchestra. The central adagio movement is one of the most recognizable in 20th century classical music, featuring the interplay of guitar with English horn.
This movement was later adapted by the conductor Gil Evans for Miles Davis’ 1960 album Sketches of Spain.
The Concerto was adapted by the composer himself for Harp and Orchestra and dedicated to Nicanor Zabaleta.
The success of this concerto led to commissions from a number of prominent soloists, including the flautist James Galway and the cellist Julian Lloyd Webber for whom Rodrigo composed his Concierto como un divertimento and Concierto serenata for Harp and Orchestra dedicated to Nicanor Zabaleta.
In 1954 Rodrigo composed Fantasía para un gentilhombre at the request of Andrés Segovia.
His Concierto Andaluz, for four guitars and orchestra, was commissioned by Celedonio Romero for himself and his three sons.
None of Rodrigo’s works, however, achieved the popular and critical success of the Concierto de Aranjuez and the Fantasia para un gentilhombre. These two works are very often paired in recordings.
On 30 December 1991, Rodrigo was raised into the Spanish nobility by King Juan Carlos I with the hereditary title of Marqués de los Jardines de Aranjuez (English: Marquess of the Gardens of Aranjuez).
He received the prestigious Prince of Asturias Award—Spain’s highest civilian honor - in 1996.
He was named Commander of the Order of Arts and Letters by the French government in 1998.
He married Victoria Kamhi, a Turkish-born pianist whom he had met in Paris, on 19 January 1933, in Valencia.
Their daughter, Cecilia, was born 27 January 1941. Rodrigo died in 1999 in Madrid at the age of 97 and was succeeded as Marqués de los Jardines de Aranjuez by his daughter. Joaquín Rodrigo and his wife Victoria are buried at the cemetery at Aranjuez. 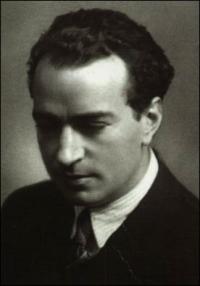 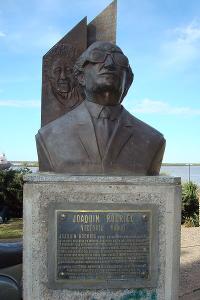 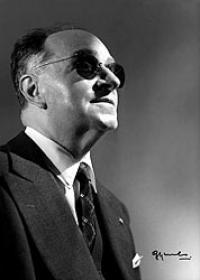 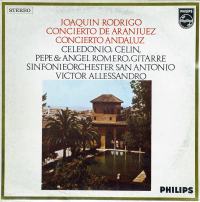