Loggins and Messina are an American rock-pop duo consisting of Kenny Loggins and Jim Messina who achieved their success in the early to mid 1970s.
Among their well-known songs are ˝Danny’s Song˝, ˝House at Pooh Corner˝, and ˝Your Mama Don’t Dance˝.

Jim Messina, formerly of Poco and Buffalo Springfield, was working as an independent record producer for Columbia Records in 1970 when he met Kenny Loggins, a little-known singer/songwriter who was signed to ABC-Dunhill.
The two recorded a number of Loggins’ compositions in Messina’s home living room.
When Columbia signed Loggins to a six-album contract (with the assistance of Messina), recording began in earnest for Loggins’ debut album, with Messina as producer. Messina originally intended to lend his name to the Loggins project only to help introduce the unknown Loggins to Messina’s well-established Buffalo Springfield and Poco audiences.
But by the time the album was completed, Messina had contributed so much to the album - in terms of songwriting, arrangement, instrumentation, and vocals - that an ˝accidental˝ duo was born.

Over the next four years they produced five more original-material albums, plus one album of covers of other artists’ material, and two live albums.
They sold 16 million records and were the most successful duo of the early 1970s, surpassed later in the decade only by Hall & Oates.
Their work was covered by other artists such as, Lynn Anderson who recorded ˝Listen To A Country Song˝ released in 1972 and reached #3 on the charts.
Perhaps most notably Anne Murray, who reached the U.S. top ten with ˝Danny’s Song˝ in early 1973, and again with ˝A Love Song˝ the following year.
A greatest-hits album, The Best of Friends, would be released a year after the duo had separated. The later studio albums often found both Loggins and Messina more as two solo artists sharing the same record rather than as a genuine partnership. As both Loggins and Messina noted in 2005, their collaboration eventually became more a competition - a frequent, almost-inevitable dynamic of show business duos.
They reunited in 2005 to choose tracks for an expanded compilation album of singles and album cuts The Best: Sittin’ In Again, which proved successful enough for them to embark on tour together. Their successful ˝Sittin’ In Again˝ tour was launched in mid-2005 and played out the remainder of the year. ˝ 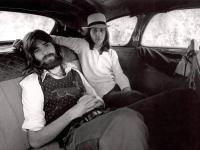 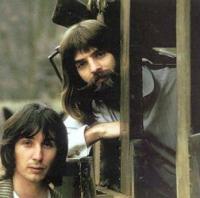