Frears was born in Leicester, England, to Ruth M., a social worker, and Dr.
Russell E.
Frears, a general practitioner and accountant.
He did not find out that his mother was Jewish until he was in his late ’20s.
Frears was educated at Gresham’s School, Norfolk, from 1954 to 1959, and later went on to study law at Trinity College, Cambridge, from 1960 to 1963.
....
Frears has since directed a number of successful films in both Britain and America, including The Hi-Lo Country (1998), High Fidelity (2000), Dirty Pretty Things (2003) and Mrs Henderson Presents starring Judi Dench and Bob Hoskins.
In recent years he has also occasionally returned to directing for television, perhaps most notably The Deal, a dramatised account of the alleged deal between Tony Blair and Gordon Brown to decide which of them should become leader of the Labour Party in 1994, for Channel 4 in 2003.
His film The Queen (2006) was nominated for the Academy Award for Best Picture.
It achieved immense critical acclaim, box-office success and awards.
He received his second Academy Award nomination for his direction of the film, and Helen Mirren won the Academy Award for Best Actress.
...
Frears currently lives in London with his wife, the painter Anne Rothenstein, and his two younger children Frankie and Lola.
He also has two children, Sam and Will (a stage and film director), from his previous marriage to Mary-Kay Wilmers.

Early in his career he made a programme featuring the band The Scaffold and is name-checked (˝Mr Frears had sticky out ears...˝) in their hit song ˝Lily the Pink˝. 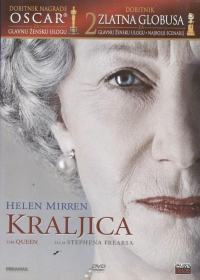