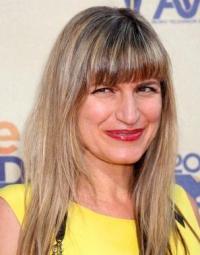 Catherine Hardwicke (born Helen Catherine Hardwicke; October 21, 1955(1955-10-21)) is an American production designer, film writer and film director.
Her works include the independent film Thirteen, which she co-wrote with Nikki Reed, the film’s co-star, the Biblically-themed The Nativity Story, the vampire film Twilight, and the werewolf film Red Riding Hood.
The opening weekend of Twilight was the biggest opening ever for a female director.

Despite a popular misconception, Catherine is not related to actor Sir Cedric Hardwicke.

Hardwicke was born in Cameron, Texas, the daughter of Jamee Elberta (née Bennett) and John Benjamin Hardwicke.
She grew up in McAllen, Texas, on the U.S.–Mexico border, where her family lived on a giant farm off the Rio Grande. ˝It was a wild life,˝ she would recount.
She graduated from McAllen High School, Texas, and was raised in the Presbyterian denomination.
While at UCLA film school during the 1980s, Hardwicke made an award-winning short, Puppy Does the Gumbo.
She has a brother named Jack, and a sister named Irene Hardwicke Olivieri, who is an artist.

She graduated from college with an architecture degree, and after her father bought a 20-acre real-estate complex, she designed the property’s 120 townhouses.
Hardwicke began her career as an architect, but the work she was offered began to feel too cookie-cutter, so she fled to Hollywood, where she landed her first motion picture job as a production designer on the skateboard cult favorite Thrashin’, directed by David Winters and starring Josh Brolin