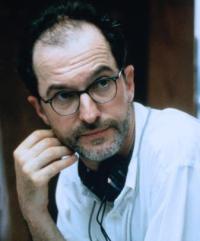 He was born in a Jewish family in the Bronx, New York.
Brest graduated from Stuyvesant High School in 1969, from New York University’s School of the Arts in 1973 and from the AFI Conservatory with an M.F.A. degree in 1977.

His major studio debut was 1979’s Going in Style, which starred George Burns, Art Carney and Lee Strasberg, the first of several films to mix action and comedy to great effect.
Brest was then hired to direct the film WarGames, but was fired during production.

Brest got his big break in 1984 with Beverly Hills Cop, starring Eddie Murphy.
The film grossed over $300 million and received a Golden Globe nomination for Best Motion Picture – Comedy or Musical, as well as an Academy Award nomination for Best Original Screenplay.

Brest followed up with 1988’s Midnight Run, starring Robert De Niro and Charles Grodin, a critical and commercial success.
The film earned Golden Globe nominations for both De Niro and the film itself.

His work on 1992’s Scent of a Woman earned him a Golden Globe Award for Best Motion Picture - Drama.
The film also won Golden Globes for Al Pacino and Bo Goldman, the screenwriter.
In addition, the film was nominated for several Academy Awards, including Best Picture, Best Director, and Best Actor, for which Al Pacino took home the prize.

It was six years before Brest would return with Meet Joe Black, a remake of Death Takes a Holiday, starring Brad Pitt and Anthony Hopkins.
The film received mixed reviews and while it had a disappointing domestic box office return of $44,619,100, it fared much better overseas, taking in an additional $98,321,000 for a worldwide total of $142,940,100.

In 2003, Brest wrote and directed Gigli, starring Ben Affleck and Jennifer Lopez.
After a protracted battle between studio and director, a radically revised and re-shot version of the original film was released.
It became a notorious flop, with a scathing critical reception and disastrous box office performance.
In the ensuing years since its release, Gigli has frequently been cited as among the worst movies ever made.
He has not directed a film ever since nor has any plans in the future.

In 2009, his New York University student film, Hot Dogs for Gauguin, was one of 25 films chosen by the National Film Registry of the Library of Congress to ˝be preserved as cultural, artistic and/or historical treasures