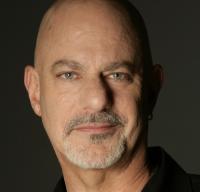 Cohen was born in Cornwall, New York.
He was raised and spent his childhood in the Town of Newburgh and graduated from Newburgh Free Academy in 1967 (according to an article by Germain Lussier in the Middletown (New York) Times Herald Record, August 3, 2008).
He subsequently graduated from Harvard University.

As producer, he has been behind many major motion pictures, including The Witches of Eastwick, The Serpent and the Rainbow, and The Running Man.
His latest movie is the third film in Universal Studios’ The Mummy franchise begun by Stephen Sommers.

He has four children: Kyle Cohen, from a previous marriage, and triplets, two daughters Jasi and Zoe (Jasi named after the village he revitalized in Indonesia) and son Sean.
Kyle reverted his name to the family’s original surname Cashulin.
Cohen is married to Barbara (Lardera), an Italian former model; the two married in 2006