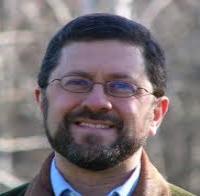 Mike Aquilina is a popular author working in the area of Church history, especially patristics, the study of the early Church Fathers.
He is the author or editor of more than thirty books, including The Fathers of the Church (2006); The Mass of the Early Christians (2007); The Resilient Church (2007); Living the Mysteries (2003); and What Catholics Believe (1999).
His books have been translated into many languages, from Croatian and Portuguese to German and Braille.
The Grail Code has appeared in ten languages since its publication in 2006.
Critics have praised Aquilina’s work for making the Fathers accessible to non-academic readers: ˝Most scholars … study the paper trail — homilies, letters, teaching manuals, works of theological disputation …
Aquilina loves the words, too.
But he also finds the sermon in the stuff, the theology expressed in the little things that the first Christians left behind — fading murals on catacomb walls, pottery and dishware, pieces of coinage, ancient hymns and Mass prayers, common household items …
The point is that for Aquilina, the little things matter — because they tell us big things about what Catholics believe and how they look at the world.˝
Aquilina is executive vice-president of the St. Paul Center for Biblical Theology, founded by Scott Hahn.
He blogs on the topic of early Christianity at FathersOfTheChurch.com.
In recent years, he has hosted eight television series on the Eternal Word Television Network.
He is a frequent guest commentator on Catholic radio, especially KVSS and EWTN.
His journalistic work has appeared in many periodicals.
Aquilina is past editor of New Covenant magazine (1996–2002) and The Pittsburgh Catholic newspaper (1993–1996).
He was born in Kingston, Pennsylvania, in 1963.
He received his elementary and secondary education in Catholic schools in Pittston, Pennsylvania.
He is a 1985 graduate of Pennsylvania State University, and he received that university’s Oswald Award for Achievement in Journalism and Mass Media.
He and his wife Terri have been married since 1985.
They live in the suburbs of Pittsburgh with their children, who are the subject of his book Love in the Little Things (2007).