The Rubettes were an English pop band assembled in 1973 by the songwriting team of Wayne Bickerton, then the head of A&R at Polydor Records, and his co-songwriter, Tony Waddington, after their doo-wop and 1950s American pop-influenced songs had been rejected by a number of existing acts.
The band duly emerged at the tail end of the glam rock movement, wearing trademark white suits and cloth caps on stage.
Their first release, ˝Sugar Baby Love˝ was an instant hit remaining at number one in the United Kingdom for four weeks in May 1974, while reaching number 37 on the U.S. chart that August, and remains their best-known record.
Subsequent releases would be less successful, but the band continued to tour on the nostalgia circuit well into the 2000s.

Personnel
The original line-up of the band was:- 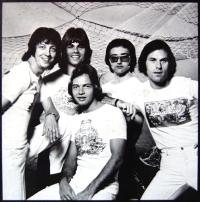 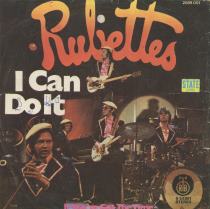 Svi autori
Autor Reference u digitalnoj knjižnici Pretraži u knjižnici
Izvođač
I Can Do It ; If You’ve Got The Time