Bilk earned the nickname Acker from the Somerset slang for ’friend’ or ’mate’.
His parents wanted him to learn the piano, but as a boy, Bilk found it restricted his love of outdoor activities including football.
He lost two front teeth in a school fight and half a finger in a sledging accident, both of which Bilk has claimed to have affected his eventual clarinet style.
He learned the clarinet while serving in the Royal Engineers in the Suez Canal Zone after his sapper friend John A. Britten gave him a clarinet that he had bought at a bazaar and had no use for.
The clarinet had no reed and Britten fashioned a makeshift reed for the instrument out of some scrap wood, and by the mid-1950s he was playing professionally.

Bilk was part of the boom in traditional jazz that swept the United Kingdom in the late 1950s.
He first joined Ken Colyer’s band in 1954, and then formed his own ensemble,
The Paramount Jazz Band, in 1956.[3] Four years later, their single ˝Summer Set,˝ a pun on their home county co-written by Bilk and pianist Dave Collett, reached number 8 in the British charts and began a run of eleven top 50 hit singles.

Bilk was not an international star until an experiment with a string ensemble and a composition of his own as its keynote piece made him one in 1962.
He wrote ˝Stranger on the Shore˝ for a British television serial series and recorded it as the title track of a new album in which his signature deep, quivering clarinet was backed by the Leon Young String Chorale.
The single was not only a big hit in the United Kingdom, where it stayed on the charts for a remarkable 55 weeks, gaining a second wind after Bilk was the subject of the TV show This Is Your Life, but also shot to the top of the American charts at a time when the American pop charts and radio playlists were open to just about anything in just about any style.
As a result, Bilk was the first British artist to have a single in the number one position on the Billboard Hot 100 singles chart.
(Vera Lynn was the first British artist to top the U.S. Billboard charts with ˝Auf Wiederseh’n Sweetheart˝ in 1952).
˝Stranger on the Shore˝ sold over one million copies, and was awarded a gold disc.
The album was also highlighted by a striking interpretation of Bunny Berigan’s legendary hit ˝I Can’t Get Started.˝
At one point, at the height of his career, Bilk’s public relations workers were known as the ˝Bilk Marketing Board˝, a play on the then Milk Marketing Board.

In January 1963, the British music magazine, NME reported that the biggest trad jazz event to be staged in Britain had taken place at Alexandra Palace.
The event included George Melly, Diz Disley, Alex Welsh, Chris Barber, Kenny Ball, Ken Colyer, Monty Sunshine, Bob Wallis, Bruce Turner, Mick Mulligan and Bilk.
Bilk recorded a series of albums in England that were also released successfully in the United States (on the Atlantic Records subsidiary Atco), including a memorable collaboration (Together) with Danish jazz pianist-composer Bent Fabric (˝The Alley Cat˝).
But his success tapered off when British rock and roll made its big international explosion beginning in 1964, and Bilk shifted direction to the cabaret circuit.
He finally had another chart success in 1976, with ˝Aria,˝ which went to number five in the United Kingdom.
In May 1977, Bilk & His Paramount Jazz Band provided the interval act for the Eurovision Song Contest 1977.
In the early 1980s, Bilk and his signature hit were newly familiar, thanks to ˝Stranger on the Shore˝ being used in the soundtrack to Sweet Dreams, the film biography of country music legend Patsy Cline.
Most of his classic albums with the Paramount Jazz Band have been reissued and are available on the UK based Lake Recor 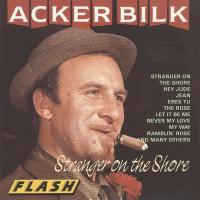 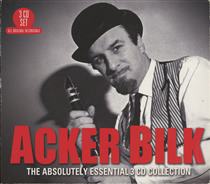 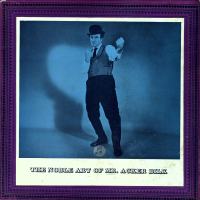