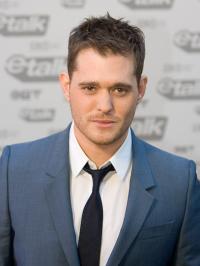 Michael Steven BublÚ (born 9 September 1975) is a Canadian singer.
He has won several awards, including three Grammy Awards and multiple Juno Awards.[
His first album reached the top ten in Canada and the UK.
He found worldwide commercial success with his 2005 album ItÆs Time, and his 2007 album Call Me Irresponsible was an even bigger success, reaching number one on the Canadian Albums Chart, the U.S. Billboard 200 chart, the Australian ARIA Albums Chart and the European charts.
BublÚ has sold more than 35 million albums worldwide.

Michael BublÚ was born in the city of Burnaby, British Columbia to Lewis BublÚ, a salmon fisherman, and Amber (nÚe Santaga).
He has two younger sisters,[ Crystal (an actress) and Brandee.[
He attended Seaforth Elementary School and Cariboo Hill Secondary School. According to an Oprah interview on 9 October 2009, BublÚ dreamed of becoming a famous singer since age two.
When he was a teenager, he slept with his Bible and prayed to become a singer.
BublÚÆs interest in jazz music began around age five when his family played Bing CrosbyÆs White Christmas album at Christmas time.
The first time that his family noticed his singing talent was at Christmas time when BublÚ was 13 years old, and they heard him powerfully sing the phrase ¢May your days be merry and bright¢ when the family was singing to the song ¢White Christmas¢ in a car ride.
...... 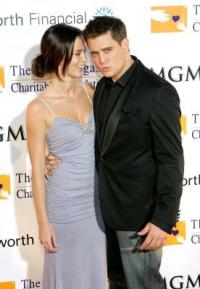 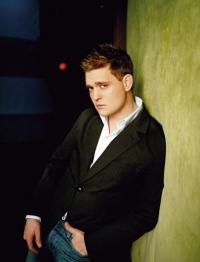