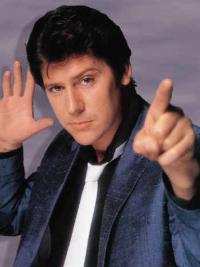 Shakin’ Stevens, also known as ˝Shaky˝ (born Michael Barratt, 4 March 1948) is a platinum selling Welsh rock and roll singer and songwriter.
His recording and performing career began in the late 1960s, although it was not until 1980 that he saw commercial success in his native land.
In the UK alone, Stevens has charted no fewer than 33 top 40 hit singles in the sales charts.

Michael Barratt, who would adopt the stage name Shakin’ Stevens, was the youngest of 11 children born in Ely, a suburb on the outskirts of Cardiff in South Wales to Jack and May Barratt.
His father was a First World War veteran who by 1948 was working in the building trade.
he oldest of his siblings were born in the later part of the 1920s, and by the time of his birth some of them were already married and had children of their own.
Jack Barratt died in 1972 at the age of 75, while May survived until 1984 and the age of 79.

Shaky married his wife Carole on 7 October 1967 and they have three children.
At the time of their marriage, his official occupation was a milkman, and they lived in a flat which formed part of an office block in inner-city Cardiff.
The office block was demolished several years later.

As a teenager in the mid 1960s Barratt formed his first amateur rock and roll band with school friends and became its vocalist and frontman.
Originally named The Olympics, then The Cossacks, the short lived band finally renamed as The Denims and performed gigs in the local Cardiff and South Wales area.

He is a lifelong supporter of his local football team Cardiff City
.....
Stevens was rushed to hospital after he collapsed at his home in Windsor in July 2010.
This resulted from exhaustion brought on by the stress of working on a new album.
It was later revealed that Stevens suffered a major heart attack which caused him to be hospitalised for two months after strenuous work gardening in his home, in Windsor.
He fully recovered and in 2011 embarks on an early part of the year 19-date 30th Anniversary Tour, followed by a further 26 dates in the 2nd leg of the tour later in the year.
Shaky will be backed by a 10-piece band on the Anniversary Tour celebrating his success in the UK and Europe. 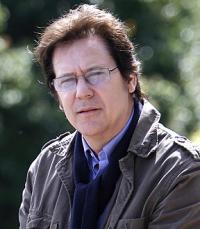 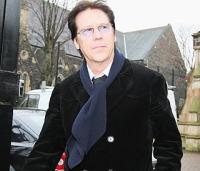