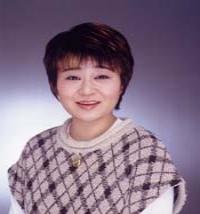 Miyuki Miyabe ( born December 23, 1960) is a popular contemporary Japanese author active in a number of genres that include science fiction, mystery fiction, historical fiction, social commentary, and juvenile fiction.
Her most famous novels in the English-speaking world are Crossfire, published in 1998, and Kasha, translated by Alfred Birnbaum as All She Was Worth, published in 1999.
Amongst anime fans, her fantasy novel Brave Story is well regarded; it has notably been adapted into an animated film, an ˝alternate retelling˝ manga series, and a series of video games.

Miyabe was born in the Koto ward of Tokyo, Japan and graduated from Sumidagawa High School.
She started writing novels at the age of 23. In 1984, while working at a law office, Miyabe began to take writing classes at a writing school run by the Kodansha publishing company.
Her debut work is considered to be her 1987 short story ˝Warera ga rinjin no hanzai˝ .
She has been a prolific writer, publishing dozens of novels and winning many major literary prizes, including the Yamamoto Shugoro Prize in 1993 for Kasha and the Naoki Prize in 1998 for Riyu.
A Japanese film adaptation of Riyu, directed by Nobuhiko Obayashi, was released in 2004 (reviewed by Mark Schilling in The Japan Times (5 January 2005)). 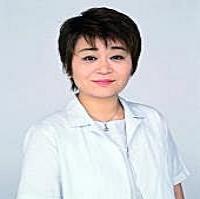 Ukupno: 3
MIYABE, Miyuki
All she was worth / Miyuki Miyabe ; translated by Alfred Birnbaum. -
Tokyo ; New York : Kodansha International ; New York, N.Y. : Distributed in the US by Kodansha America, 1996. -