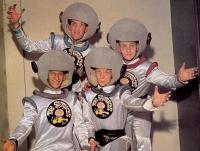 The Spotnicks is an instrumental rock group from Sweden, who were formed in 1961.
They were famous for wearing ˝space suit˝ costumes on stage, and for their innovative electronic guitar sound.
They have since released 42 albums, selling more than 18 million records, and still tour
The Spotnicks originated from Bo Starander and Björn Thelin’s duo ˝The Rebels˝ (1956),who later became ˝Rock-Teddy and The Blue Caps˝, a group formed in 1957 in Gothenburg now with guitarist Bo Winberg (born 27 March 1939) in the band as well as Bo Starander (born 11 March 1942) (rhythm guitar), and Björn Thelin (born 27 June 1942) (bass guitar).
In 1958 they added Ove Johansson (drums), changed their name to ˝The Frazers˝, and began playing regularly in local clubs.
They signed a recording contract in 1961, and changed their name to ˝The Spotnicks˝, a play on the Russian satellite Sputnik as suggested by their manager, Roland Ferneborg.
Starander was later known as Bob Lander.

They soon became the first Swedish group to have significant international success, in a similar style to The Shadows and The Ventures.
They toured Europe, and one of their early records, ˝Orange Blossom Special˝, became their first big international hit, making the Top 30 in the UK Singles Chart in 1962 on the Oriole label, and reaching #1 in Australia.
Around this time they began wearing their trademark ˝space suits˝ on stage.
They recorded their first album, The Spotnicks in London - Out-a-Space, in 1962.
Further hits included ˝Rocket Man˝, and ˝Hava Nagila˝ (their biggest UK hit, where it made #13).
Winberg also recorded solo, credited as ’The Shy Ones’.

In 1963, ˝Amapola˝ became one of their most successful singles in their home country, staying at #1 in Sweden for eight weeks.
They appeared in the film Just For Fun, continued to tour widely, and recorded their second album, The Spotnicks in Paris.
That year, drummer Ove Johansson left and was replaced by an Englishman, Derek Skinner.
Two years later, Skinner was replaced briefly by Jimmie Nicol, who had previously toured with The Beatles, while Ringo Starr recovered from having his tonsils removed.

In 1964 and 1965, The Spotnicks expanded their popularity in Germany and Japan, reaching #1 in Japan in 1966 with ˝Karelia˝.
Elsewhere, however, they became less successful as popular music tastes changed.
The group, having undergone many personnel changes, split up in 1970 after releasing their fifteenth album, The Spotnicks Back in The Race.
Yet the band was still popular in Japan, and it soon reformed under Winberg’s control in 1971 at the request of a Japanese record label.

Winberg has continued to lead versions of The Spotnicks, occasionally including Lander and/or Thelin, on tour and in recordings since then. 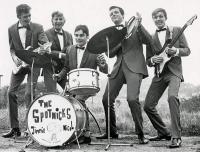 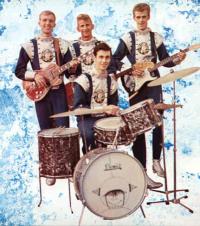 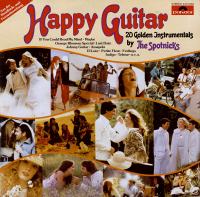