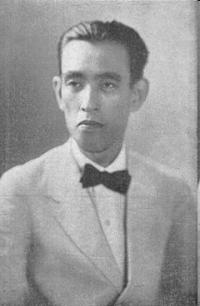 Kafu- Nagai (Nagai Kafu-?, December 3, 1879 - April 30, 1959) is the pen name of Japanese author, playwright, essayist, and diarist Nagai So-kichi.
His works are noted for their depictions of life in early 20th-century Tokyo, especially among geisha, prostitutes, cabaret dancers, and other denizens of the city’s lively entertainment districts.

Kafu- was born at Kanetomi-cho- 45, Koishikawa-ku (now Kasuga-cho-, Bunkyo-, Tokyo), the eldest son of Nagai Kyu-ichiro, his father, who was then 28 years old, and Nagai Tsune, then 19. Kyu-ichiro- was a scholar, bureaucrat, and businessman who later became known for his Chinese poetry. Kafu- had three brothers and one sister.
When the second son was born in 1883, Kafu- was sent to live with his mother’s family.
In 1884, he attended the kindergarten affiliated with the Ochanomizu women’s teachers’ college, and his father visited Europe on government business.
Kafu- returned to his parents’ home in January 1886, when he entered elementary school.

In 1891, he attended a private English-language school in Kanda, Tokyo.
In 1894, he became ill, perhaps with scrofula, and spent several months in 1895 in a hospital in Odawara.
He began studying the shakuhachi and Chinese poetry in 1896 at the age of 17.
In February of the following year, he made his first of many visits to the Yoshiwara red-light district.
The same year, he graduated from middle school and failed the entrance exam for university.
With his mother and younger brothers, he visited Shanghai, where his father was then working for the shipping company Nippon Yusen.
He returned to Japan in the autumn and enrolled in the Chinese-language department of the institutions for foreign-language educations affiliated with the Higher Commercial School.

In 1898, he began writing short stories and studied with the novelist Hirotsu Ryu-ro, and in 1899 he became involved in writing and performing rakugo and dropped out of the foreign-language school.
In 1900, he began publishing short stories.
In 1901, he got a job briefly as a newspaper reporter and later began studying French.

The following timeline is based on notes that he appended to the 11th handwritten volume of Dancho-tei Nichijo-:

During World War II, the number of Japanese literature published was limited due to extreme censorship from the government in order to encourage artists and writers to direct their focus towards the war effort.
Though there were very few works published during wartime, Nagai Kafu became one of the rebels who opposed the government and continued to write.
As a result, he was able to maintain his status as a popular novelist throughout the war.
After the war, many Japanese authors were em 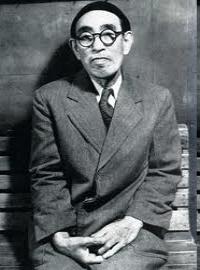 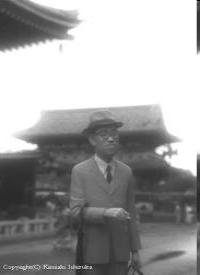 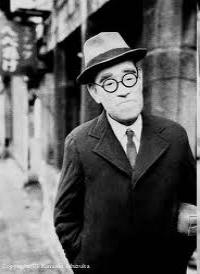