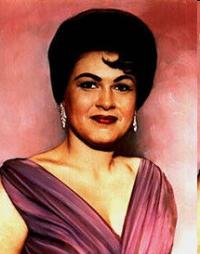 Patsy Cline (September 8, 1932 – March 5, 1963), born Virginia Patterson Hensley in Gore, Virginia, was an American country music singer who enjoyed pop music crossover success during the era of the Nashville sound in the early 1960s.
Since her death in 1963 at age 30 in a private airplane crash at the height of her career, she has been considered one of the most influential, successful, and acclaimed female vocalists of the 20th century.

Cline was best known for her rich tone and emotionally expressive bold contralto voice,which, along with her role as a mover and shaker in the country music industry, has been cited as an inspiration by many vocalists of various music genres.
Her life and career have been the subject of numerous books, movies, documentaries, articles and stage plays.

Her hits included ˝Walkin’ After Midnight˝, ˝I Fall to Pieces˝, ˝She’s Got You˝, ˝Crazy˝, and ˝Sweet Dreams˝.
Posthumously, millions of her albums have sold over the past 50 years.
She has been given numerous awards leading some fans to view her as an icon similar to legends Johnny Cash and Elvis Presley.
Ten years after her death, she became the first female solo artist inducted to the Country Music Hall of Fame.

In 2002, Cline was voted by artists and members of the country music industry as number one on CMT’s television special, The 40 Greatest Women of Country Music, and in 1999 she was voted number 11 on VH1’s special The 100 Greatest Women in Rock and Roll by members and artists of the rock industry.
She was also ranked 46th in Rolling Stone’s ˝100 Greatest Singers of all Time.˝ According to her 1973 Country Music Hall of Fame plaque, ˝Her heritage of timeless recordings is testimony to her artistic capacity.˝ 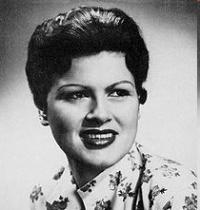 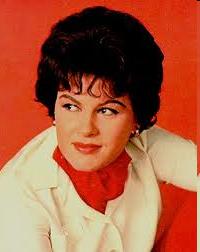 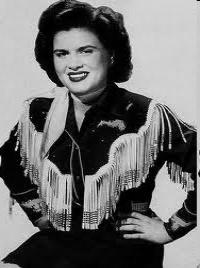 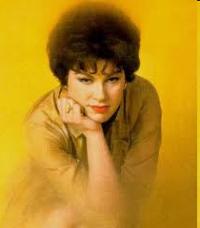