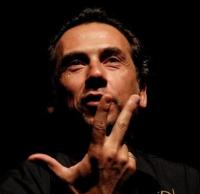 Giorgio Serafini was born in Brussels, Belgium, on April 3rd, 1962, from Italian parents.
At the age of nine, Giorgio co-directed two short shot in Super 8.

Without formal training in film school, Giorgio has always considered The Museum of Cinema of Brussels to have been his real teacher.
Giorgio wrote and directed his first semi-professional short, ĮThe Nickelodeon TypeĮ as he was completing his studies in Political Science and International Relations at the Universitķ Libre de Belgique.

Meanwhile, Giorgio read and fell in love with a book by Gaetano Tumiati, ĮPrigionieri nel TexasĮ.
It depicts the true story of Italian Prisoners of War in a camp located in Texas during WWII.
In December, 1989, he received the European Script Fund to develop a script about the Italian POWÆs. Giorgio and producer, Nicole Labouverie, decided to use part of the money to produce a documentary on the topic: ĮThe Walls of SandĮ.

That same year Giorgio and his friend, Kalindi Dighe, decided to co-direct an English speaking film titled ĮThe Junkyard AngelĮ.
Unfortunately, the shooting soon became a nightmare and the film is, to this date, unedited.
While filming, Giorgio met actress, France Demoulin.

He married her in June,1991. In December, 1991, Giorgio and France moved back to Rome to finally start production on ĮBlu NotteĮ.
The film had a very limited budget but turned out to be an artsy, interesting piece.
While Giorgio was editing the movie, France delivered Laura Bodi Tess, their only daughter.

In 1994, producer, Massimo Civilotti, sent Giorgio to Los Angeles to close the co-producing deal for ĮLoveblindĮ.
The deal was closed with Willy BaerÆs company, Capella.
At the end of three months in L.A., Giorgio decided to move to the US. Capella was facing financial problems and ĮLoveblindĮ never took off.
Giorgio survived with small jobs writing and directing, including a promo film for Attorney General, Alexander Haigh.
One of those jobs was directing the feature movie ĮThe Garbage ManĮ starring Frank Stallone.

Finally in summer, 2000, the long awaited project about Italian POWs in Texas was given the green-light.
When Italian TV-mogul, Guido De Angelis saw a screening of ĮTexas 46Į and asked Giorgio to direct a project for Italian production company Titanus.
ThatÆs how Giorgio became involved with directing the three seasons of the television series ĮOrgoglioĮ (Pride) for ItalyÆs first channel, RAI1.

Giorgio is now an American citizen.
He lives in Hollywood with his wife actress/writer LaDon Drummond.
Tragically his much beloved daughter, Laura, of thirteen years passed away on July, 11th, 2005. 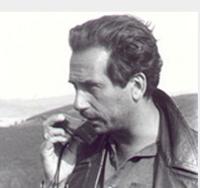 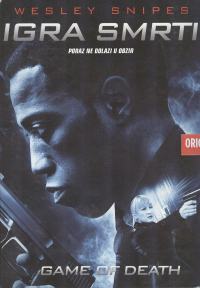 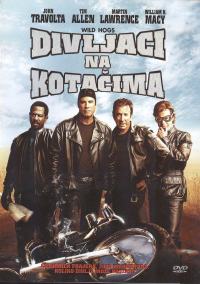 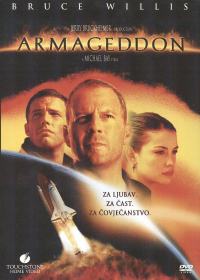