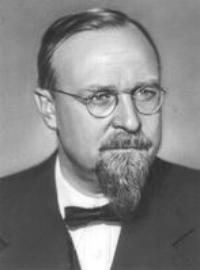 
was a Soviet biochemist notable for his contributions to the theory of the origin of life, and for his authorship of the book The Origin of Life.
He also studied the biochemistry of material processing by plants, and enzyme reactions in plant cells.
He showed that many food-production processes are based on biocatalysis and developed the foundations for industrial biochemistry in the USSR.

Oparin graduated from the Moscow State University in 1917 and became a professor of biochemistry there in 1927.
Many of his early papers were on plant enzymes and their role in metabolism.
In 1924 he put forward a theory of life on Earth developing through gradual chemical evolution of carbon-based molecules in primordial soup.
In 1935, he along with academician Alexey Bakh, founded the Biochemistry Institute by the Academy of Sciences of the USSR.
In 1939 Oparin became a Corresponding Member of the USSR Academy of Sciences, and in 1946 - a full member of the Academy.
In 1940s and 1950s he supported pseudo-scientific theories of Trofim Lysenko and Olga Lepeshinskaya, who made claims about ½the origin of cells from noncellular matter½, and ’taking the party line’ helped his career.
In 1970, he was elected President of the International Society for the Study of the Origins of Life.
On his passing on April 21, 1980, he was interred in Novodevichy Cemetery in Moscow.

Oparin became Hero of Socialist Labour in 1969, received the Lenin Prize in 1974 and was awarded the Lomonosov Gold Medal in 1979 ½for outstanding achievements in biochemistry½.
He was also awarded five Orders of Lenin. 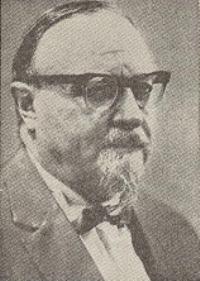