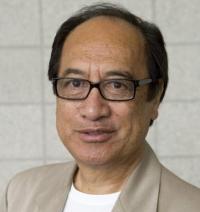 Witi Tame Ihimaera-Smiler, DCNZM, QSM (born 7 February 1944), generally known as Witi Ihimaera, is a New Zealand author, and is often regarded as one of the most prominent Maori writers alive.

Ihimaera was born near Gisborne, a town in the east of New Zealand’s North Island and is of Maori descent (Te Aitanga-a-Mahaki) and Anglo-Saxon descent through his father, Tom. He attended Church College of New Zealand in Temple View, Hamilton, New Zealand. He was the first Maori writer to publish both a novel and a book of short stories. He began to work as a diplomat at the New Zealand Ministry of Foreign Affairs in 1973, and served at various diplomatic posts in Canberra, New York, and Washington, D.C. Ihimaera remained at the Ministry until 1989, although his time there was broken by several fellowships at the University of Otago in 1975 and Victoria University of Wellington in 1982 (where he graduated with a BA).
In 1990, he took up a position at the University of Auckland, where he became Professor, and Distinguished Creative Fellow in Maori Literature. He retired from this position in 2010. 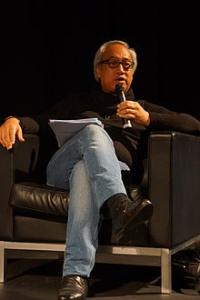