Michiko Yamamoto (Yamamoto Michiko, born 4 December 1936), is the pen-name of a Japanese writer of short stories and poetry in Showa and Heisei period Japan.
Her real name is Michiko Furuya
Yamamoto was born in Nakano, Tokyo and graduated from Atomi University in 1957.
Her first three short stories Maho, Ame no Isu and Betei-san no Niwa appeared in Shincho magazine in March, July and November 1972 editions, respectively.
Rojin no Kamo was published August 1972 in Fukei magazine.
These four stories later appeared in a collective issue.
They were based on three years experience from Darwin, Northern Territory, Australia, where she had accompanied her husband in 1969.
Other collections followed.

She lives in Kamakura, Kanagawa with her husband.
The couple has two grown daughters. 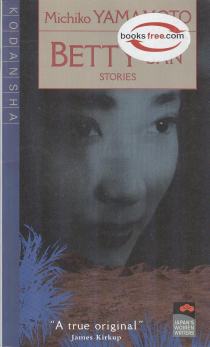