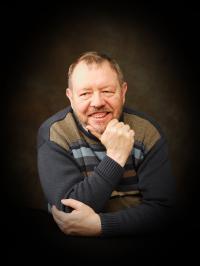 Bob Curran is a broadcaster, writer, teacher, and researcher he has written a number of books including Vampires, Encyclopedia of the Undead, Walking with the Green Man, Celtic Lore and Legend, and Lost Lands, Forgotten Realms, all published by New Page Books.
Bob was born in a remote area of Northern Ireland and has held a number of jobs--grave-digger, journalist, musician, and hospital porter among them.
He travelled in many parts of the world, exploring the cultures and traditions of other peoples before returning to Northern Ireland to take several University degrees.
He currently lives in Northern Ireland with his wife and young family.