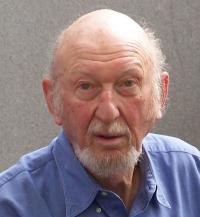 He began his film career at the University of Southern California School of Cinematic Arts, teaching photography and taking cinema courses under Slavko Vorkapić, a montage artist and then dean of the School.
Kershner then accepted a job as still photographer on a State Department film project in Iran under the Point Four Program, which ultimately led to an assignment as a director and cinematographer of documentaries in Iran, Greece and Turkey with the United States Information Service.

When he returned to the States, he and Paul Coates (1921–1968) developed Confidential File, a documentary television series.
Kershner worked as writer, director, cinematographer, and editor.
He later developed and directed the television series The Rebel (1959–61), as well as the pilots for Peyton Place, Cain’s Hundred, Philip Marlowe, and others.

He then moved on to feature films, including: Hoodlum Priest (which starred Don Murray); The Luck of Ginger Coffey (with Robert Shaw and Mary Ure); A Fine Madness (with Sean Connery, Joanne Woodward, and Jean Seberg); The Flim-Flam Man (starring George C.Scott); Up the Sandbox (with Barbra Streisand); The Return of a Man Called Horse (starring Richard Harris); the critically acclaimed TV movie Raid on Entebbe (which was nominated for nine Emmys, including Best Direction); and Eyes of Laura Mars (starring Faye Dunaway and Tommy Lee Jones). 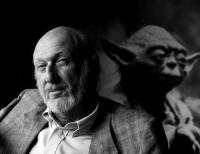