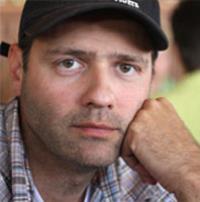 I grew up north of Seattle, studied at Gonzaga University in Spokane, Washington, and then hit the road.
The next four years were spent traveling in Africa, Asia, and the Middle East, and Asia.

After those years of constant roaming, when food was as much of the joy and discovery as the people and places, I settled in London to do graduate work at King’s College London and the Royal Academy of Dramatic Art.

There, in the kitchen of a shared Hampstead residence hall, I met another foreign post-grad, a Catalan woman.
When she returned home to Barcelona to do her PhD, I followed.
That was 1996.
We married not long after, and for most of the time since then we have lived here.
We have two young girls.
Barcelona is home, though I continue to travel widely and frequently.

Along with my four cookbooks, I have written, mostly about food and travel, for many magazines and newspapers, including Saveur, Food & Wine, Gourmet, NPR.org, EatingWell, the Los Angeles Times, Washington Post, Atlantic Monthly on-line, Christian Science Monitor, Dwell, Virtuoso Life, Aramco World, Destinasia, and Afar.
An article in 2008 won a North American Travel Journalists Association award.
And a piece from Tin House was selected for Best Food Writing 2010.

For me food is an ideal subject because writing about it - especially here in the Mediterranean - is writing about culture.
It is the window through which almost any story can be told. 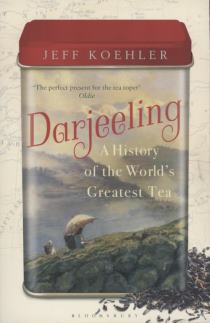