Thomas Harris (born April 11, 1940) is an American author and screenwriter, best known for a series of suspense novels about his most famous character, Hannibal Lecter.
All of his works have been made into films, the most notable being the multi-Oscar winning
The Silence of the Lambs which became only the third film in Academy Award history to sweep the Oscars in major categories.

Harris was born in Jackson, Tennessee, but moved as a child with his family to Rich, Mississippi; he had a difficult childhood, and was regarded as a loner by many of his peers.
He attended Baylor University in Waco, Texas, where he majored in English and graduated in 1964.
While in college, he worked as a reporter for the local newspaper, the Waco Tribune-Herald, covering the police beat. In 1968, he moved to New York City to work for the Associated Press until 1974 when he began work on Black Sunday.

Little is known about Harris’s personal life as he avoids publicity and has not given an interview since 1976.
At Baylor University he met and married a fellow student named Harriet.
They had one daughter, Anne, before they divorced in the 1960s.
Fellow novelist Stephen King has remarked that if writing is sometimes tedious for other authors, to Harris it is like ˝writhing on the floor in agonies of frustration˝, because, for Harris, ˝the very act of writing is a kind of torment˝.
Harris remains close to his mother, Polly, and reportedly calls her every night, no matter where he is, and often discusses particular scenes from his work with her.
He currently lives in South Florida with his long-term partner Pace Barnes, a publishing editor, and has a summer home in Sag Harbor, New York.
Harris’ friend and literary agent Morton Janklow said of him: ˝He’s one of the good guys. He is big, bearded and wonderfully jovial.
If you met him, you would think he was a choirmaster. He loves cooking—he’s done the Le Cordon Bleu exams—and it’s great fun to sit with him in the kitchen while he prepares a meal and see that he’s as happy as a clam.
He has these old-fashioned manners, a courtliness you associate with the South.˝ 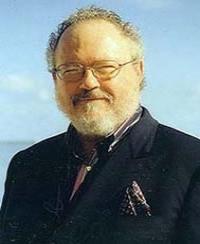