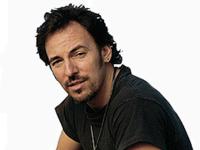 Bruce Frederick Joseph Springsteen (born September 23, 1949), nicknamed ˝The Boss,˝ is an American singer-songwriter who records and tours with the E Street Band.
Springsteen is widely known for his brand of heartland rock, poetic lyrics, and Americana sentiments centered on his native New Jersey.

Springsteen’s recordings have included both commercially accessible rock albums and more somber folk-oriented works.
His most successful studio albums, Born in the U.S.A. and Born to Run, showcase a talent for finding grandeur in the struggles of daily American life; he has sold more than 65 million albums in the United States and 120 million worldwide and he has earned numerous awards for his work, including 20 Grammy Awards, two Golden Globes and an Academy Award.
He is widely regarded by many as one of the most influential songwriters of the 20th century, and in 2004, Rolling Stone Magazine ranked him as the 23rd greatest artist of all time in its 100 Greatest Artists of All Time list.

Springsteen was born in Long Branch, New Jersey, and spent his childhood and high school years in Freehold Borough.
He lived on South Street in Freehold Borough and attended Freehold Borough High School.
His father, Douglas Frederick Springsteen, was of Dutch and Irish ancestry and worked, among other vocations, as a bus driver; his surname is Dutch for jump stone.
His mother, Adele Ann (née Zirilli), was a legal secretary and was of Italian ancestry.
Overall, his heritage is 50% Italian, 37% Irish and 13% Dutch.
His maternal grandfather was born in Vico Equense, a city near Naples.
He has two younger sisters, Virginia and Pamela.
Pamela had a brief film career, but left acting to pursue still photography full time; she took photos for the Human Touch and Lucky Town albums.

Raised a Roman Catholic, Springsteen attended the St. Rose of Lima Catholic school in Freehold Borough, where he was at odds with the nuns and rejected the strictures imposed upon him, even though some of his later music reflects a Catholic ethos and included a few rock-influenced, traditional Irish-Catholic hymns.
.... 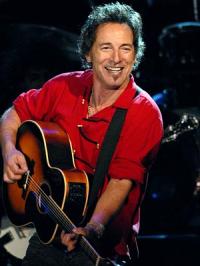 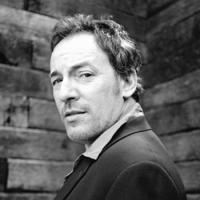 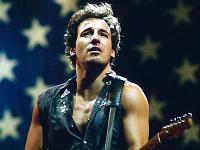