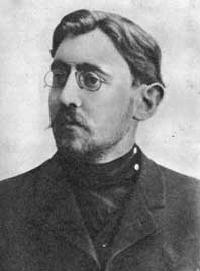 Yakov Isidorovich Perelman (December 4, 1882–March 16, 1942) was a Russian and Soviet science writer and author of many popular science, including Physics Can Be Fun and Mathematics Can Be Fun (both translated from Russian into English).

His famous books on physics and astronomy were translated into various languages by the erstwhile Soviet Union.

The great scientist K.E.Tsiolkovsky always thought highly of the talent and creative genius of Perelman.
He wrote of him in the preface of Interplanetary Journeys: ˝The author has long been known by his popular, witty and quite scientific works on physics, astronomy and mathematics, which are, moreover written in a marvelous language and are very readable.˝

Perelman has also authored a number of textbooks and articles in Soviet popular science magazines.

In addition to his educational, scientific and literary activities, he has also devoted much time to editing.
He was the editor of magazines Nature and people and In the workshop of nature.

Perelman died from starvation in 1942, during the German Siege of Leningrad.
He is not related to the Russian mathematician Grigori Perelman, who was born in 1966 to a different Yakov Perelman.
However, Grigori Perelman told The New Yorker that his father gave him Physics for Entertainment, and it inspired his interest in mathematics.