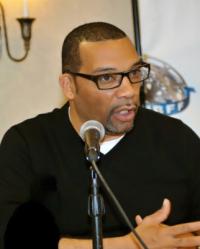 Preston Alexander Whitmore II (born June 26, 1962) is a US screenwriter, producer, and director.
Preston Whitmore is best known for his 2007 comedy-drama This Christmas.
The film garnered Preston an NAACP Image Award nomination for Outstanding Directing in 2008.
Whitmore has a number of television and feature film projects in development at his Los Angeles based production company, The Preston Picture Company.