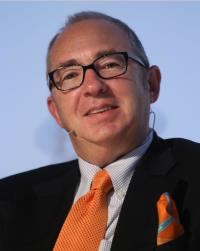 Barry Sonnenfeld (born April 1, 1953) is an American filmmaker and television director.
He worked as cinematographer for the Coen brothers, then later he directed films such as The Addams Family and its sequel, Addams Family Values along with the Men in Black trilogy, and the critically acclaimed Get Shorty.
Sonnenfeld has also had four collaborations with Will Smith.

Sonnenfeld was born and raised in New York City, the son of Irene ˝Kelly˝ (Kellerman), an art teacher, and Sonny Sonnenfeld, a lighting salesman, educator, and architectural lighting designer.
He was raised in a Jewish family.
After he received his bachelor’s degree from Hampshire College, he graduated from New York University of Film School in 1978.
He began working on pornographic films, before starting work as director of photography on the Oscar-nominated In Our Water (1982).
Then Joel Coen and Ethan Coen hired him for Blood Simple (1985).
This film began his collaboration with the Coen brothers, who used him for their next two pictures, Raising Arizona (1987) and Miller’s Crossing (1990).
He also worked with Danny DeVito on Throw Momma from the Train (1987) and Rob Reiner on When Harry Met Sally (1989) and Misery (1990).
...