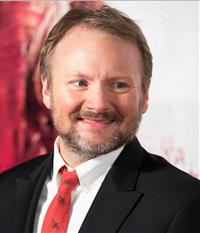 Rian Craig Johnson (born December 17, 1973) is an American filmmaker and television director who wrote and directed the films Star Wars: The Last Jedi, Looper, Brick, and The Brothers Bloom.

He is also notable for directing three episodes of the AMC crime drama television series Breaking Bad: ˝Fly˝, ˝Fifty-One˝ and ˝Ozymandias˝.
Both ˝Fifty-One˝ and ˝Ozymandias˝ have received universal praise, and are considered to be among the series’ best episodes.
For his work on ˝Fifty-One˝, Johnson won the Directors Guild of America Award for Outstanding Directing – Drama Series in 2013. ˝Ozymandias˝ is generally considered by critics to be one of the greatest episodes of dramatic television ever produced.