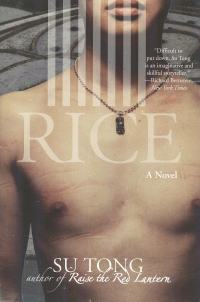 Set in famine-stricken 1930s China, Rice chronicles the complete debasement of a city family after it takes in a young man named Five Dragons, a starving wanderer from the provinces whose desire for power and sex is insatiable.
In this mesmerizing novel, Su Tong, China’s most provocative young writer, explores the connections between hunger, sexuality, and brutality.
Rice is used as food and currency, as an aphrodisiac and an implement of sexual torture, as a weapon for murder and a symbol of everything good.
Lush and sensual, combining a strange comedy with a dark undercurrent of violence, and written in hypnotically beautiful prose, Rice is a novel of startling richness and furious creative energy.