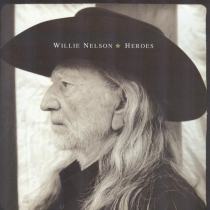 The cover of Coldplay’s song ˝The Scientist˝, was originally released as a single in 2011, but it was included in the album release after a major reception for a Chipotle Mexican Grill advertising, aired during Super Bowl XLVI.
The single ˝Roll Me Up and Smoke Me When I Die˝ was released on 420 day, meanwhile ˝Just Breathe˝ and ˝Come On Back Jesus˝, were released during Record Store Day 2012.

That’s All There Is To This Song

No Place To Fly

Every Time He Drinks He Thinks Of Her

Come On Up To The House

My Window Faces The South

The Sound Of Your Memory

Cold War With You

Come On Back Jesus