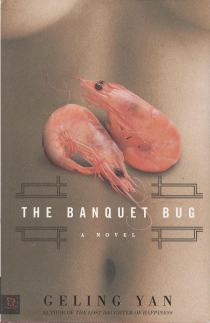 Yan, whose short fiction was the basis for the movie Xiu Xiu: The Sent-Down Girl, offers a pointed critique of capitalism’s rise in her native China. A multifaceted mistaken-identity farce, Yan’s novel chronicles the adventures of Dan Dong, a laid-off factory worker who wanders into a lavish banquet where journalists are wined and dined and receive ˝money for your troubles˝ fees for listening to—and hopefully reporting on—the presentations of corporations and charities. Dan quickly orders business cards that ˝said he was a reporter from some Internet news site,˝ and hops aboard the banquet gravy train. Yan revels in the absurdity of her premise, and her over-the-top descriptions of banquet fare underscore her outrage at the few who gorge themselves on ˝animals from remote mountains and forests˝ while millions starve. The story changes gears, though, when Dan’s reportage leads him into a dangerous, far-reaching scandal and he is arrested during a crackdown on ˝banquet bugs.˝ Yan’s concept is clever, but wooden dialogue and some awkward descriptions make it clear that English is not her mother tongue, though this also leads to some seductively nuanced moments (˝He smells rather than hears her words carried on her smoky breath˝) that hint at her enormous potential.