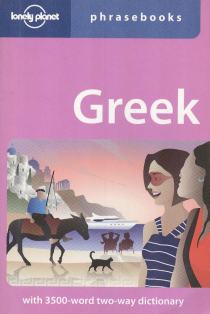 This Greek phrasebook has good up-to-date coverage of everyday requirements.
Based on my limited knowledge of Greek practice, it seems pretty accurate.
The book uses the familiar, rather than the polite, forms of address and verb usage.
That has become conventional in among youth in the European countries whose languages I am more familiar with.
Older people in most countries typically expect polite forms (especially from people their own age) but for young travelers I suspect Lonely Planet made a good choice.

There is at least one howler I found.
The Greek for the English phrase ˝Can you talk more slowly?˝ (pio siga) was translated in the book as ˝Can you talk later?˝ (argotera) which might be interpreted as a pickup line with potentially hilarious results if the coupling is perceived as odd by either party.