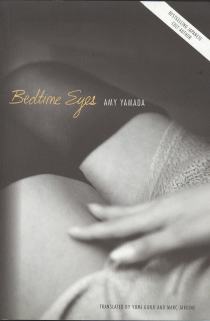 Originally published in Japan in the mid-1980s (before Trash), the three novellas in this harsh, vivid collection each feature a Japanese woman in a destructive relationship with an African-American man. The title novella presents Kim, a nightclub singer who falls for a navy deserter called Spoon. As Kim and SpoonÆs coke-fueled sexual idyll spirals into violence, Kim remains desperate to keep him. Another sadomasochistic relationship forms the core of ĮThe Piano PlayerÆs Eyes,Į about a woman named Ruiko who dominates her Įnew toy,Į Leroy Jones. When he returns to Japan two years later as a noted jazz pianist, they vie for the upper hand in the relationship, with devastating results. ĮJesse,Į a wrenching story that unfolds more warmly than the previous two, revolves around a turbulent threesome: Rick, an alcoholic; his young girlfriend, Coco; and the title character, his 11-year-old son. Coco first sees Jesse as competition, but as she realizes the father-son bond trumps that between lovers, she struggles to win the boyÆs approval. In stark, profane prose, Yamada complicates racial stereotypesŚthe hypersexual black man, the submissive or dragon lady Asian womanŚas she illustrates how cultural and racial difference amplify Įthe extraordinary power of sexual curiosity.Į