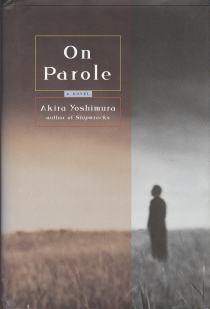 As in his previous novel, Shipwrecks, Yoshimura uses an unusual situation to raise provocative questions about individual responsibility and societyÆs treatment of the disenfranchised. From the start, the writer exhibits the technical excellence that has made him a bestselling author in Japan as he describes the experiences of Shiro Kikutani, a man who has just been released to a lifetime of parole after spending 16 years in prison for murdering his adulterous wife. KikutaniÆs time in jail has stunted his ability to act independently, so that the first chapter finds him in a halfway house, suffering abdominal pains because he is unable to walk from his room to the bathroom down the hall. ĮThe realization that he could open the door of his own free will and walk to the toilet without being watched by a guard filled him with something approaching terror.Į Under the tutelage of his gentle parole officers, Kikutani gradually overcomes this fear and others, learning to walk out of lockstep and ride escalators, handle money, keep a job (once a teacher, he is demoted to working as a janitor in a chicken factory). Yoshimura describes each of these episodes in minute detail, patiently creating a finely calibrated portrait of a taciturn man whose emotional life has been blighted by his imprisonment and whose hard-won equanimity unravels under the relentless demands of those around him. His parole officers pressure him to get married after a long adjustment period, but when his new wife insists he must repent of his crime, which he always considered inevitable and not his fault, he is unable to explain his true emotions. Under increasing stress, he snaps. YoshimuraÆs evocations of JapanÆs cities, jails and workplaces are precise, and his spare, sensual prose has all the intensity of poetry, so that the mundane circumstances of KikutaniÆs reintegration hold the readerÆs attention despite the slow pacing. And as events move inexorably toward the novelÆs violent climax, a vivid psychological portrait emerges of a man no longer able to express his own will.