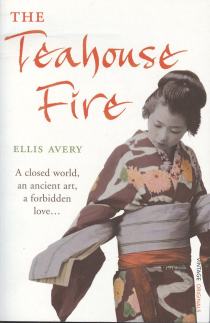 Set in the late nineteenth century at a turning point in Japan’s relationship with the western world, The Teahouse Fireis the story of Aurelia, a young French-American girl who, after the death of her mother, finds herself lost and alone in Japan and in need of a new family. Knowing only a few words of Japanese she hides in a tea house and is adopted by the family who own it: gradually falling in love with both the tea ceremony and with her young mistress, Yukako. As Aurelia grows up she devotes herself to the family and its failing fortunes in the face of civil war and western intervention, and to Yukako’s love affairs and subsequent marriage. But her feelings for her mistress are never reciprocated and as tensions mount in the household Aurelia begins to realise that to the world around her she will never be anything but a foreigner. Like Memoirs of a Geisha, The Teahouse Fireis an utterly convincing recreation of a now lost world and a fascinating insight into the intricacies and intimacies of the tea ceremony.