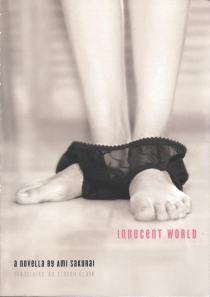 Ami seems to have a good life. The daughter of successful parents, she is given everything that she wants. Yet there appears to be something missing because when the opportunity arises that she can make lots of extra money from being an underage prostitute she jumps at it. However, the men she sleeps with offer her little solace so she oftentimes separates her mind from her body while the men, normally middle-aged businessmen have their way with her. The only person with whom she can receive true sexual satisfaction from is her mentally handicapped older brother.

Ami and her brother continue to have sex with each other under their parents’ roof until they are discovered. Takuya, her older brother is forced to move to his aunt’s home in Yokohama, but Ami only increases the number of clients she sleeps with in order to make enough money to visit her older brother. Ami considers Takuya to be the only person with whom she can truly find satisfaction; not only in a sexual way, but on a spiritual level as well. However, when she becomes pregnant with her brother’s baby, Ami is left to decide on her own whether or not to keep the child.

I purchased this book a few months ago because Vertical Books offers a signed edition. Although it is definitely not a great piece of writing, Innocent World is proof that publishers are beginning and willing to translate books that do not belong to the Mishima, Tanizaki, and Kawabata mold or even the Murakami H., Yoshimoto, Murakami R. mold. With the translation of this work and Kanehara Hitomi’s Snakes and Earrings hopefully the American audience will be exposed to a wider range of Japanese literature than what is currently available.

As for the book itself...I consider it a decent, fast read. Besides the main character, Ami, the books other characters come off being pretty flat. However, considering Ami tends to know very little about the individuals around her, including her own parents, maybe the lack of character detail stems from the isolated nature of the main character than lack of depth writing by the author.