Speed tribes [days and nights with JapanÆs next generation] 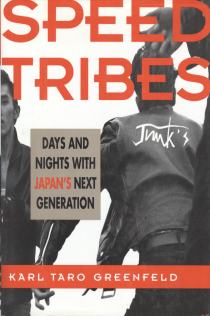 Greenfeld, the half-Japanese, half-Caucasian American Tokyo correspondent for The Nation, has written about a little-known, seamy subculture in Japan that became more prominent with the collapse of the ĮbubbleĮ economy of the 1980s. In 12 compelling chapters, Greenfeld covers the grimier aspects of TokyoÆs urban society: organized crime, the nightclub scene, motorcycle gangs (the eponymous bosozoku), computer hackers, ultra-right-wing nationalists, and the porn industry. His focus on individuals brings a sense of immediacy as his high-speed narrative highlights the flaws in JapanÆs society without bashing it. Steven WardellÆs forthcoming Rising Sons and Daughters: Life Among JapanÆs New Young (Plympton Pr. International) focuses on teens in Kyushu and presents a more positive picture of their lives. These two books show Japan as a complex society much more like ours than people may have realized. The absence of an index makes this more suitable for most public libraries.
Katharine L. Kan, Aiea P.L., Hawaii