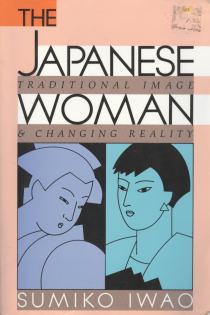 Japanese women, according to Iwao, a professor of psychology in Tokyo, ˝often feel that living according to principle forces human beings into unnatural behavior˝ and is ˝confining as far as the attainment of happiness for the individual is concerned.˝ She compares this attitude favorably with that of American women’s ˝persistent˝ demands for an ideal of equality. Iwao argues that ˝contrary to the image of subjugation outsiders seem to associate with Japanese women,˝ they have more freedom than Japanese men, who are mere worker bees; they have more time for friends, family and personal interests, and control the purse strings. While there is widespread dissatisfaction with exhausted and uncompanionable husbands, one in six women compensates, guiltlessly, with a lover. Sixty-five percent of Japanese women with school-age children have jobs, and although they ˝believe in equal pay for equal work, equal opportunity and so on,˝ they are generally not expected to contribute to household expenses. The study is densely packed with invaluable data about generational changes in Japanese women’s lives, and is intriguing for its insights into the differences between Japanese and American value systems, but it is sometimes unduly provocative in tone and ambiguous in its assessments of Japanese women’s recent progress.