Country of origin [a novel] 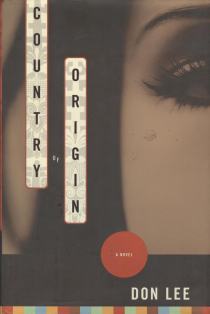 Ploughshares editor Lee uses the racial homogeneity of Japan as a stark backdrop to this elegant first novel, a follow-up to his story collection, Yellow. Set in Tokyo in 1980, the book centers on the disappearance of Lisa Countryman, a half-Japanese, half-black Berkeley graduate student who goes to Japan to research the ½sad, brutal reign of conformity½ for her dissertation and, perhaps more importantly, embark on an identity quest. Her mixed-race background gives her an exotic beauty, and after a teaching job falls through, it lands her a job as a hostess girl at a Tokyo men’s club. Echoes of Countryman’s identity crisis ring through the lives of all the characters affected by her disappearance. When she vanishes, it is first brought to the attention of Tom Hurley, a vain and careless junior diplomat at the U.S. Embassy who tells people he’s Hawaiian, though he’s really half-Korean and half-white. The case is turned over to Kenzo Ota, a glum, divorced police inspector, who spent three hard years of his adolescence in Missouri. Convinced that Countryman’s case could be just what he needs to put his career back on track, Ota resolves to find out what happened to her. The story of Countryman’s time in Japan and her efforts to learn who she is unfolds parallel to Ota’s efforts to learn her fate. Through the interlocking stories of Ota, Countryman and Hurley, Lee discourses on race, identity, the Japanese sex trade, social conventions and law. Sharply observed, at turns trenchantly funny and heartbreakingly sad, this novel could be the breakout book for Lee.