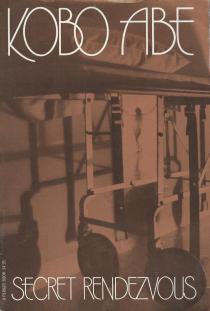 Surrealism exemplified some of the most famous works by Kobo Abe (1924-1993), earning him comparisons to Franz Kafka. Surrealism as a 20th-century literary and artistic movement attempted to express the workings of the subconscious.

His work Mikkai (Secret Rendezvous) is worth a read for its use of fantastic imagery and the incongruous juxtaposition of scientific data with bizarre nightmare-like scenarios. Secret Rendezvous is relevant in its description of the trappings of an increasingly technological society and its critique of a hospital system gone haywire. Each patient requires a secret agent to penetrate the bureaucratic system, and each person also appears to be under surveillance, mimicking the modern-day question, ˝Is Big Brother watching you?˝