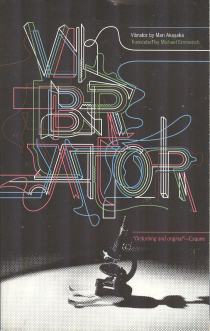 Rei Hayakawa, a lonely, bulimic freelance writer with a drinking problem, wanders into a convenience store.
She’s swaddled in her coat and scarf, while her thoughts – of alienation, of hunger, of the need for gin and white wine – drift in via stream-of-consciousness.
A trucker named Okabe walks in, deliberately grazes her behind, and at the same time, Rei’s cell phone, set on vibrate, goes off over her heart.
Rei impulsively gets into Okabe’s truck with him – and stays. Suddenly she finds herself embarking on a road journey across the wintry landscape of Japan with a complete, and possibly dangerous, stranger.
Can the physical relationship that develops between them give Rei what she needs, and can she ever free herself from her self-destructive tendencies?
Both parties are wounded, guarded and distant — can they learn to trust each other?
Author Mari Akasaka brings her trademark wordplay and vivid imagery to this compelling story of an unlikely pairing set against the bleak backdrop of Japan’s highways.
Adapted for the screen in 2003, Vibrator has also been made into a film.