The Great railway bazaar [by train through Asia] 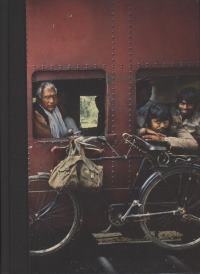 The Great Railway Bazaar: By Train Through Asia is a travelogue by the American novelist Paul Theroux, first published in 1975.
It recounts Theroux’s four-month journey by train in 1973 from London through Europe, the Middle East, the Indian subcontinent and Southeast Asia, and his return via the Trans-Siberian Railway.
Many people consider it a classic in the genre of travel writing.
The first part of the route, to India, followed what was then known as the hippie trail.
It sold 1.5 million copies upon release.

In 2006, Theroux retraced the journey, finding that people and places had changed, and that while he was famous for his earlier work he was not recognised in person.
His account of this second journey was published as Ghost Train to the Eastern Star.