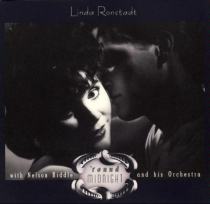 Naslov
’Round Midnight / Linda Ronstadt with Nelson Riddle and his Orchestra. -

I Get Along Without You Very Well 1990

I Love You For Sentimental Reasons 1990

Straighten Up And Fly Right 1990