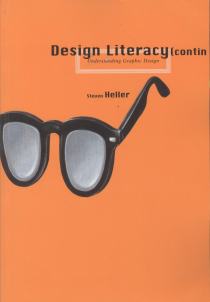 A sequel to its popular forerunner, this edition casts the net even farther in examining the reasons and history behind various objects of design that have had a significant impact on our culture. The objects discussed range from the vintage posters that promoted concerts and fairs during the 1930s to a Rolling Stones CD cover from the 1990s. This volume also investigates larger movements and phenomena, including Norman Rockwell’s effect on Americana, and the Cartoon Network’s hold on children. Like the first volume, this is an eclectic look at how, why, and if graphic design, in the broadest sense, works as an influence on the public eye. Designers, students, and anyone interested in the history and dynamics of graphics as art and craft will find this an engaging and instructive read.