The story of Ceylon tea 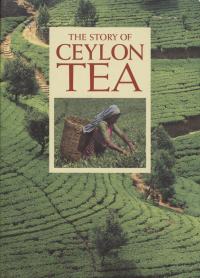 Tea has been imbued with a medicinal and mysterious character since antiquity; today, after a history rich in adventure and ritual, it is seen fit for king and commoner alike.
However, in the west, tea was initially only favored amongst aristocrats on account of its rarity: To serve tea was to demonstrate generosity of the highest order.
In fact, the appropriate execution of teatime, imbued with rigid social rules and rituals, earned the Victorian woman cultural affluence and esteem.

As tea trickled down to the populist rank and file, it did not lose the sophistication of its flavor, nor the sanctity of its social role.
Whether at a Japanese tea ceremony, in a Bedouin tent, or an urban café, tea plays a central cultural and communicative role, albeit in very different aesthetic ways.