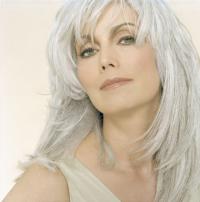 Emmylou Harris (born April 2, 1947 in Birmingham, Alabama) is an American singer-songwriter and musician.
In addition to her work as a solo artist and bandleader, both as an interpreter of other composers’ works and as a singer-songwriter, she is a sought-after backing vocalist and duet partner, working with numerous other artists including Gram Parsons, Linda Ronstadt, Dolly Parton, Mark Knopfler, Guy Clark, Willie Nelson, Bob Dylan, Rodney Crowell, and Neil Young.

Emmylou Harris is the daughter of career military officer Walter Harris and his wife Eugenia.
Walter Harris, a member of the Marine Corps, was reported missing in action in Korea in 1952 and spent ten months as a prisoner of war.
Born in Birmingham, Alabama, Emmylou Harris spent her childhood in North Carolina and Woodbridge, Virginia, where she graduated from Gar-Field Senior High School as class valedictorian.
In high school she also won a drama scholarship to the University of North Carolina at Greensboro, where she began to study music seriously, learning to play the songs of Pete Seeger, Bob Dylan and Joan Baez on guitar.
Leaving college to pursue her musical aspirations, she moved to New York, working as a waitress to support herself while performing folk songs in Greenwich Village coffeehouses.
She married fellow songwriter Tom Slocum in 1969 and in the following year recorded her first album, Gliding Bird. Harris and Slocum soon divorced, and Harris and her newborn daughter Hallie moved in with her parents in the Maryland suburbs on the edge of Washington, D.C.

Harris soon returned to performing as part of a trio with Gerry Mule and Tom Guidera.
One night in 1971, members of the country rock group The Flying Burrito Brothers happened to be in the audience.
Former Byrds member Chris Hillman, who had taken over the band after the departure of its founder Gram Parsons, was so impressed by Harris that he briefly considered asking her to join the band.
Instead, Hillman ended up recommending her to Parsons, who was looking for a female vocalist to work with on his first solo album, GP. Harris toured as a member of Parsons’ band, The Fallen Angels, in 1973, and the couple shone during vocal harmonies and duets.
Harris was quite pleased, and invested a lot emotionally in their relationship.
Later that year, Parsons and Harris worked on a studio album, Grievous Angel.
Parsons died in his motel room near what is now Joshua Tree National Park on September 19, 1973, from an accidental overdose of drugs and alcohol.
Parsons’s Grievous Angel was released posthumously in 1974, and three more tracks from his last sessions with Harris were included on another posthumous Parsons album, Sleepless Nights, in 1976.
There was one more album of recorded material from that period of time that was packaged with the name, Live 1973, but was not released until 1982.
....... 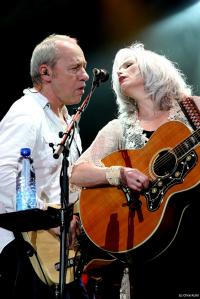 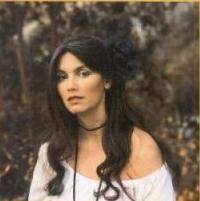