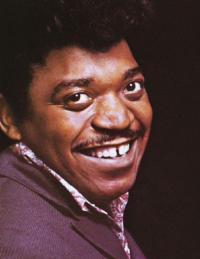 Percy Sledge (born November 25, 1941, Leighton, Alabama) is an American R&B and soul performer who recorded the hit ЅWhen a Man Loves a WomanЅ in 1966.

Percy Sledge worked in a series of blue-collar jobs in the fields in Leighton, Alabama before taking a job as an orderly at Colbert County Hospital in Sheffield, Alabama.
Through the mid 1960s, he toured the Southeast with the Esquires Combo on weekends, while working at the hospital during the week.
A former patient and mutual friend of Sledge and record producer Quin Ivy introduced the two.
An audition followed, and Sledge was signed to a recording contract.

Sledge’s soulful voice was perfect for the series of soul ballads produced by Ivy and Marlin Greene, which rock critic Dave Marsh called Ѕemotional classics for romantics of all ages.Ѕ

ЅWhen a Man Loves a WomanЅ was Sledge’s first song recorded under the contract, and was released in March 1966.
The song’s inspiration came when Sledge’s girlfriend left him for a modeling career after he was laid off from construction job in late 1965.
Because bassist Calvin Lewis and organist Andrew Wright helped him with the song, he gave all the songwriting credits to them.
It reached #1 in the U.S. and went on to become an international hit. ЅWhen A Man Loves A WomanЅ was a hit twice in the UK, reaching #6 in 1966 and, on reissue, peaked at #2 in 1987.
The song was also the first gold record released by Atlantic Records.
The soul anthem became the cornerstone of Sledge’s career, and was followed by ЅWarm and Tender LoveЅ (Covered by UK songstress Elkie Brooks in 1981), ЅIt Tears Me UpЅ, ЅTake Time to Know HerЅ (his second biggest U.S. hit, reaching #11), ЅLove Me TenderЅ, and ЅCover MeЅ.

Sledge charted with ЅI’ll Be Your EverythingЅ and ЅSunshineЅ during the 1970s, and has become an international concert favorite throughout the world, especially in the Netherlands, Germany, and on the African continent, and South Africa in particular.
...
Sledge was an inaugural Rhythm and Blues Foundation Pioneer Award honoree in 1989.
He won the W.C. Handy Blues Awards in 1996 for best Soul/Blues album of the year with his record Blue Night. In 2005, he was inducted into the Rock and Roll Hall of Fame.

In May 2007, Percy Sledge was inducted into the Louisiana Music Hall of Fame for his contributions to the state’s music.
Sledge is also an inductee of the Delta Music Museum in Ferriday, Louisiana.

In November 2004, Percy Sledge was inducted into the Carolina Beach Music Hall Of Fame.

Among the many notable performances of Sledge’s career was a cabaret appearance in 2005 alongside Liverpool’s infamous ЅSteam PacketЅ at The Pumphouse, Albert Dock. 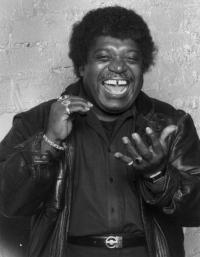 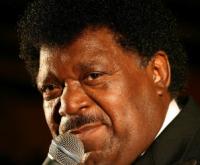