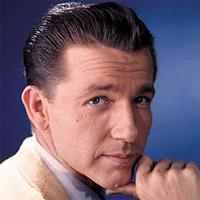 (October 27, 1933 – December 31, 1997) was an American Hall of Fame pianist who was one of the architects of the ˝Nashville Sound.˝
He popularized the ’slip note’ piano style where one note slides effortlessly into the next.
This was a major departure from the percussive piano style which was popular in the late 1950s.
Born in Shreveport, Louisiana, Cramer grew up in the small town of Huttig, Arkansas, teaching himself to play the piano.
After finishing high school, he returned to Shreveport, where he worked as a pianist for the Louisiana Hayride radio show.
After Cramer relocated permanently to Nashville, Allen ˝Puddler˝ Harris, a native of Franklin Parish in northeastern Louisiana, replaced him as the pianist for the Hayride.
In 1953, Floyd Cramer entered the recording studio and cut his first single, ˝Dancin’ Diane˝, backed with ˝Little Brown Jug˝, for the local Abbott label.
He then toured with an emerging talent who would later figure significantly in his career, Elvis Presley.
Cramer moved to Nashville in 1955 where the use of piano accompanists in country music was growing in popularity.
By the next year he was, in his words ˝in day and night doing sessions.
Before long, he was one of the busiest studio musicians in the industry, playing piano for stars such as Elvis Presley, Brenda Lee, Patsy Cline, The Browns, Jim Reeves, Eddy Arnold, Roy Orbison, Don Gibson, and the Everly Brothers, among others. It was Cramer’s piano playing, for instance, on Presley’s first national hit, ˝Heartbreak Hotel.˝ However, Cramer remained strictly a session player, a virtual unknown to anyone outside the music industry.
Cramer had released records under his own name since the early 1950s, and became well known following the release of ˝Last Date˝, a 45 rpm single in 1960.
The instrumental piece exhibited a relatively new concept for piano playing known as the ˝slip note˝ style. The record went to Number two on the Billboard Hot 100 pop music chart, and sold over one million copies, and was awarded a gold disc.
In 1961 Cramer had a hit with ˝On the Rebound,˝ which went to Number three, and number one the UK chart.
(˝On the Rebound˝ was later featured during the opening credits of the 2009 Oscar-nominated film An Education, which was set in 1961 England).
That same year Cramer also hit with ˝San Antonio Rose˝ (Number eight).
By the mid-1960s, Cramer had become a respected performer, making numerous record albums and touring with guitar maestro Chet Atkins and saxophonist Boots Randolph; also performing with them as a member of the Million Dollar Band.
Over the years, Cramer continued to balance session work with his own albums.
Many of these featured standards or popular hits of the era and from 1965 to 1974 he annually recorded a disc of the year’s biggest hits prefaced ˝Class of . . .˝
Other long-players included I Remember Hank Williams (1962), Floyd Cramer Plays the Monkees (1967), Looking For Mr Goodbar (1968) and Sounds of Sunday (1971). In 1977 Floyd Cramer and the Keyboard Kick Band, was released on which he played eight different keyboard instruments.
Floyd Cramer died of lung cancer in 1997 at the age of 64 and was interred in the Spring Hill Cemetery in the Nashville suburb of Madison, Tennessee.
His grandson, Jason Coleman, is carrying on his grandfather’s legacy with a tribute power point presentation, The Legacy of Floyd Cramer, as he shares the piano arrangements and history of decades of American music while on tour throughout the country. 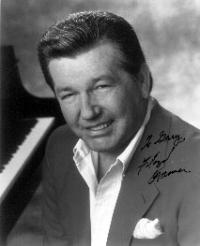 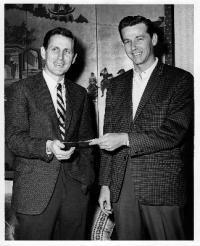 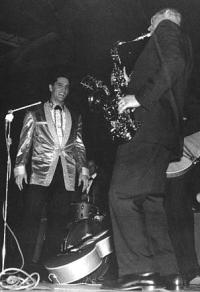 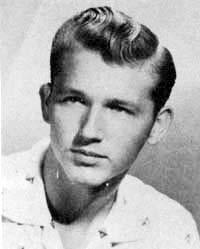 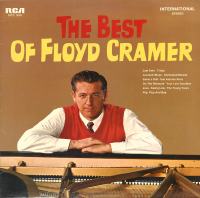