Richard Hollis (born 1934) is one of the most influential figures in British graphic design.
Hollis has worked as a printer, a magazine editor, a print-production manager, a book writer, a teacher and a graphic designer.

Back in the UK he designed the quarterly journal Modern Poetry In Translation, became the art editor of the weekly magazine New Society and later created John Berger’s Ways of Seeing (a highly influential book based on a BBC television series) – in two stages Hollis designed the visual identity and marketing material for the Whitechapel Art Gallery in London.

He is perhaps best known for his best-selling Graphic Design.
A Concise History and more recently Swiss Graphic Design: The Origins and Growth of an International Style, 1920-1965.

Hollis was elected Royal Designer for Industry in 2005; he lives and works in London 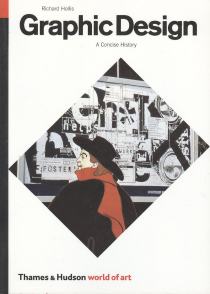